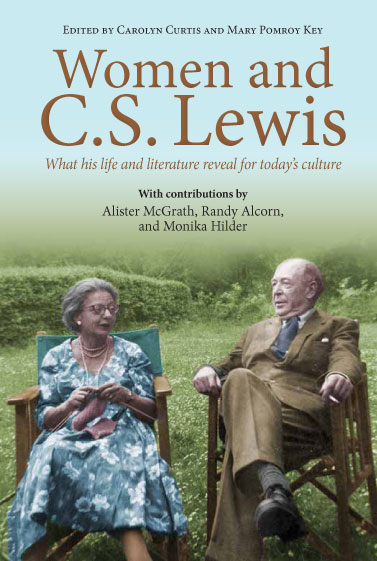 Women and C.S. Lewis
What his life and literature reveal
for today's culture

Sexism in Narnia? Or Screwtape? Or among the Inklings? Critics have labelled C.S. Lewis a sexist, even a misogynist. Did the life and writing of the hugely popular British author and professor betray attitudes that today are unacceptable, even deplorable?

The younger Lewis was criticized for a mysterious living arrangement with a woman, but his later marriage to an American poet, Joy Davidman, became a celebrated love story. Lewis and J.R.R. Tolkien formed a legendary literary group, the Inklings – but without women.

Welcome to my website – and your introduction to my latest book! It’s a collection of interviews and essays from distinguished thinkers writing on the theme of Lewis and women, in his life and writings.

Thanks! Someone needed to write this book.

Not all contributors agree, but all take seriously the significance of gender to the world, and we should as well.

Thought-provoking from the very first page, this collection brings together a wide variety of perspectives on a single, significant question: Was Lewis sexist? It’s a lively conversation, and... Read More

Thought-provoking from the very first page, this collection brings together a wide variety of perspectives on a single, significant question: Was Lewis sexist? It’s a lively conversation, and there’s plenty to enjoy.
Dr. Diana Pavlac Glyer
author, Bandersnatch: C.S. Lewis, J.R.R. Tolkien, and the Creative Collaboration of the Inklings; The Company They Keep

Full of shared wisdom and cogent argument that will challenge your perceptions of Lewis and his world.

Excellent for both fans of Lewis and for scholars. Rich in truth and wisdom for
the twenty-first century. A most welcome contribution to closure on the vital
question of Lewis’ views on gender.