The story behind "Women and C.S. Lewis"

It’s been a long and winding road to publication of my seventh book, Women and C.S. Lewis: What his life and literature reveal for today’s culture. But the journey makes complete sense to me in view of my career experiences. And God’s hand lit my path all along the way…

I cut my journalistic teeth at the Associated Press (Capitol Bureau, Austin, Texas), and later in my career worked for two daily newspapers, The Temple Daily Telegram in Temple, Texas and The Capital in Annapolis, Maryland.

A former college journalism professor, I hold the Bachelor of Journalism degree from The University of Texas at Austin and the Master of Arts degree in Communication from Stephen F. Austin State University. In addition to my formal education, I was learning from C.S. Lewis, whose writings on life as a Christ-follower were influencing me greatly.

I managed communications in Fortune 50 companies (Alcoa and DEC/Hewlett Packard) plus Lufkin Industries, Inc., corporate positions that moved me from Texas to Pennsylvania to New Hampshire to Massachusetts to Maryland.

As the writer of more than 1800 magazine and newspaper articles, I have won awards from The Wall Street Journal, Society of Professional Journalists, Evangelical Press Association, International Association of Business Communicators, Society for Technical Communication, and others. I've been in numerous publications ranging from Sports Illustrated to The Saturday Evening Post.

During the 1990s I reported from Washington D.C. on pro-family legislation and issues of interest for Christianity Today, Focus on the Family’s Citizen, Christian American, Virtue, Charisma, New Man, Worldwide Challenge and others. I also traveled with the U.S. presidential candidates on the campaign trail and covered the Republican National Convention. I saw how the Bible provides direction for citizens. Again, C.S. Lewis helped my understanding.

It has been my privilege to work at the corporate offices for two church denominations (Presbyterians and Southern Baptists), managing publication efforts, including magazines and websites. Both were in Atlanta, Georgia.

In 1998 I joined SBC’s North American Mission Board as Manager of Publications, serving as founding editor of On Mission, NAMB's award-winning flagship magazine. I was blessed to work with a talented and dedicated team.

I’m now settled back in my home state of Texas. For a year I served as a community columnist for the Fort Worth Star-Telegram. I'm a member of the Evangelical Press Association and Advanced Writers and Speakers Association. I’ve continued writing on assignment for publications such as Baptist Press, By Faith, and Facts & Trends.

I speak at numerous writers conferences in the U.S. and Canada. I love to help and encourage newer authors and editors. I also serve as a judge for writing competitions in journalism, non-fiction, and fiction. 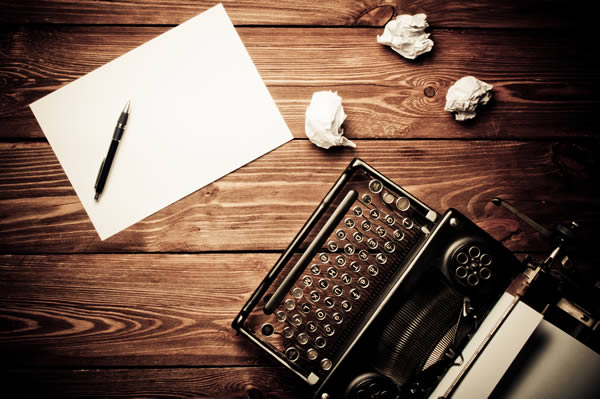 I am the author of seven books and editor/collaborator/consultant for many others.

I worked on Capitol Hill in Washington D.C. as a communication consultant, serving business/industry interests on energy and environmental issues such as the Clean Air Act, publishing my first book, Before the Rainbow: What We Know about Acid Rain. Other books followed with legislation angles.

More recent books have included A Man for All Nations (my biography of missionary, Clyde Taylor, Christian Publications) and Believing the Promise (a collaboration with Heather Whitestone McCallum, Random House/Doubleday). I collaborated with Carole Lewis, national director of First Place 4 Health, on Hope 4 You (Regal).

My current book is Women and C.S. Lewis: What his life and literature reveal for today’s culture for Lion Hudson publishing house, Oxford, England, published in 2015. My wonderful writing partner for the project is Dr. Mary Pomroy Key, Director of the C.S. Lewis Study Center in Northfield, Massachusetts, a property owned by the C.S. Lewis Foundation, which also owns The Kilns. This book had its inception during my travels…

I’m a voracious reader and culture watcher – ever the journalist. I love to travel and have visited 25 countries, including twice to Israel and far-flung places, such as the former Soviet Union (during Communism), Japan, Hong Kong, Indonesia, Singapore plus many countries in Europe and the Americas. I traveled to Turkey to visit archaeological digs of the seven churches of the Book of Revelation plus return visits to Greece and Italy. England became a favorite travel destination.

I took my dream trip – the in-residence study program in Oxford, England, concentrating on C.S. Lewis, staying in his home, The Kilns.

The Kilns was the setting for a brief but disturbing conversation I heard about critics claiming that Lewis was sexist, even misogynist. As a reader of Lewis, whose writing had greatly influenced my Christian walk, I was shocked. My instincts as a journalist kicked in. Was this true? Or was this a case of Christian-bashing – attempts to discredit and marginalize the beloved scholar and author whose work so influenced the church in the 20th Century and beyond? I resolved to research this charge. What I learned seemed worthy of a book. My literary agent, Steve Laube, agreed. With Mary Pomroy Key, I had a fellow Lewisian with whom to take the journey. The book found a home at Lion Hudson plc of Oxford (which partners with Kregal and Trafalgar Square in the United States).